Conveniently located in Loughbrickland village ¼ mile off the A1, served by the Newry – Belfast 238 bus service and just a few minutes drive south of Banbridge.

All our staff are covered by the major private health insurers such as Cigna, BUPA, WPA, AVIVA, PRU, H3, Benenden, HSA, Westfields. These insurers may pay for assessment, treatment and review appointments if applicable, dependent on the level of cover the policy holder has.

Cash and All major credit and visa cards are accepted. 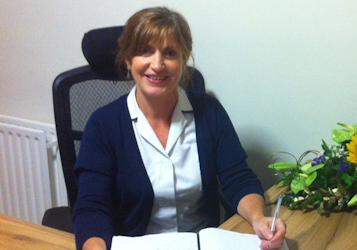 Caroline has a BSc Hons in Clinical Podiatric Studies, a postgraduate diploma in Gait Analysis and Biomechanics, qualified in local anaesthetics, steroid injection therapy of the foot along with foot and ankle mobilization techniques. Caroline is registered with the Health Professions Council (HCPC) and is a member of the Society of Chiropodists and Podiatrists (MChS).

Presently, Caroline Spencer is also one of the few Specialist Orthopaedic Podiatrists in Northern Ireland working in the Orthopaedic ICATS team in the Southern Trust liaising with the Foot and Ankle Orthopaedic Surgeons at Musgrave Park Hospital and Craigavon Area Hospital along with the specialists GPs, Physiotherapists and Orthotists who are all part of this team in treating foot and lower limb problems.

Caroline’s previous Posts to this have been:

Caroline has extensive experience in assessing and treating a wide range of patients from children, to the ever day walker who suffers from aches and pains along with a large number of athletes including runners, gaelic, soccer, hurling, rugby, hockey, tennis and badminton players.

Caroline also has a keen interest in running having taken part in many half and full marathons herself, as well as working with and being a member of the local running club. This has enabled her to build an extensive knowledge base in the assessment and treatment of all running and sports injuries. 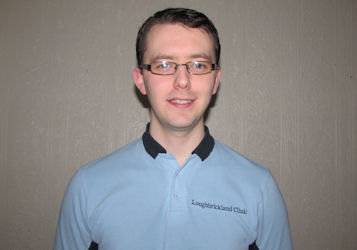 Nathan qualified as a physiotherapist from University of Ulster in 2012. He first worked in England receiving training from an elite sporting background with particular interest on a hands-on approach to pain and injury. He has successfully treated those within competitive sports from hockey, football and rugby players along with cyclists and runners. Since returning to N.Ireland he has worked in Orthopaedics further expanding his diagnostic and treatment skills in clients with more complex conditions. He has also become qualified in Acupuncture of musculoskeletal pain and also offers a wide range of other treatment options, including manual therapy, mobilisations, electrotherapy, massage, taping, exercise programs and ergonomic advice. Nathan now wants to bring a more specialised aspect to the Loughbrickland Clinic by offering detailed sports assessments and sports rehabilitation programmes to our clients.

Helen qualified with a BSc. Hons in Podiatry from the University of Ulster in 2007. She has worked for over ten years in Core Podiatry in the NHS.  This includes working with the multi disiplinary team, high risk patient groups, biomechanical assessments  and nail surgery rotation.

Helen is qualified in the use of local anaesthesia, foot and ankle mobilisation techniques, soft tissue massage of the lower limb, verrucae needling and the supply and sale of Prescription Medicines.  She has also completed several masters modules enhancing her knowledge in the specialists areas of Diabetes and Rheumatology.

Helen has experience in treating a wide range of patient groups.  From the very young to the very old providing routine footcare, diabetic assessments, biomechanical assessments and nail surgery.

Helen is registered with the Health and Care Professions Council (HCPC) and the College of Podiatry (CoP). 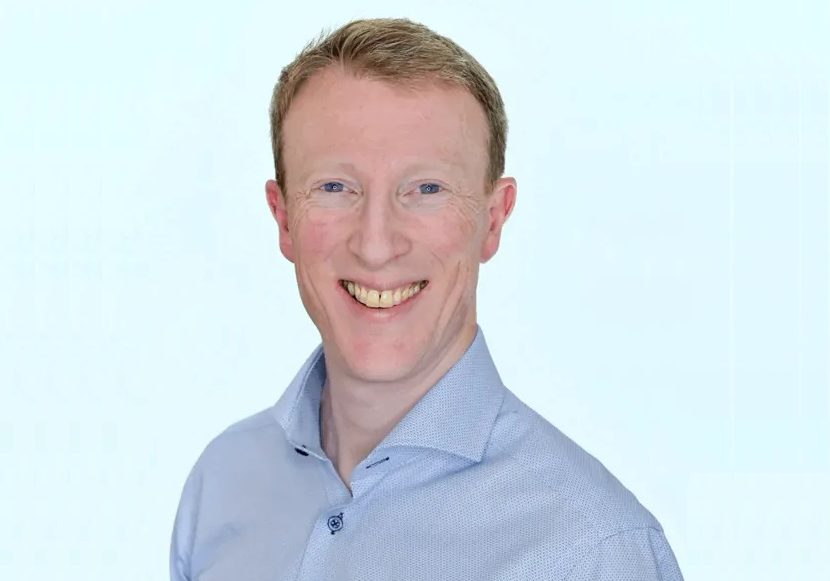 Doctor McGrady has been a GP since 2005 and originally trained in aesthetic medicine in 2008. He took on a more substantive role as a GP with Special Interest in Dermatology in the Southern Trust in 2014 following a year long sabbatical in Australia in 2012/13, where he worked as a GP and studied in skin cancer.

He teaches dermatology and skin cancer to GPs and nurses throughout the UK. He was awarded best research project at the 2018 World Congress of Dermoscopy.

He recently updated his Aesthetics training with Visage Cosmetics and offers a range of treatments; from anti-wrinkle injections, dermal fillers, diagnosis of skin lesions, removal of skin tags and cysts, cryotherapy and offers prescription medicines for treatment of signs of skin aging and sun damage.

The range of treatment offered by Dr Finbar can be viewed on his website https://drfinbarsskinclinic.com/ 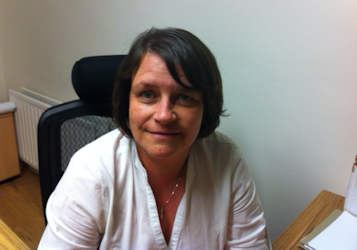 Born and educated in England and qualified as a dental nurse from Wulfrun College Wolverhampton. Nicola has worked as a senior dental nurse in the past for a large NHS/Private practice for 15 years. Duties included the smooth running and chair side assistance of 2 surgeries, ordering of materials, developing and reading of x-rays, the training of junior nurses, the writing up of all patient charts and reception duties such as answering the telephone and booking appointments. After moving to Northern Ireland she became a stay at home mum to her 3 children but has on occasions worked holiday cover for a Banbridge dentist in both the surgery and reception. With her children now grown up she has been able to bring these valuable skills to the Loughbrickland Clinc. 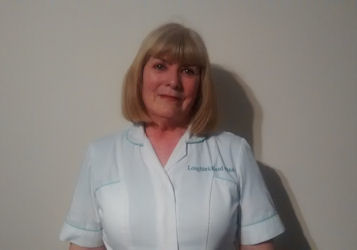 Lesley Estran is our reflexologist and qualified as a Therapeutic Reflexologist in South Africa 15 years ago. As well as general reflexology to relieve stress and improve overall wellbeing, Lesley has also gone on to further specialise in Fertility Reflexology, Maternity Reflexology with Natural Inductions of Labour and Indian Head massage.

We use cookies to ensure that we give you the best experience on our website. If you continue to use this site we will assume that you are happy with it.OkNoPrivacy policy